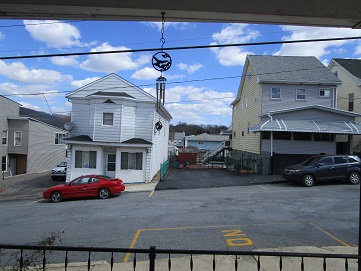 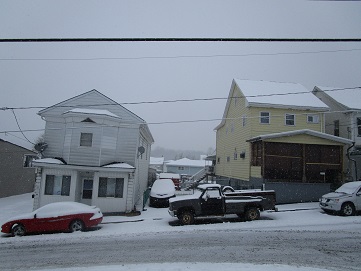 March 2015 was still snowy and cold in northeastern Pennsylvania.  A year later, spring appears to be in full bloom.

The grey, snowy  skies of 2015 transformed into sky-blue color with puffy white cumulus clouds in 2016.

It’s hard to image how the same day a year apart can be so different — in color, temperature and brightness.

Outlooks and perspectives are the same.  Springtime tends to be a time of rebirth, but it can also be a time of intense sorrow for those unhappy with their lives.  It’s all relative…relative to what you’re using as a comparison.

I remember Wayne Dyer speaking about hair.  He joked that if you found a hair in your soup, that was too much, yet the hair on his balding head — much more than one piece in a bowl of soup — was too little.  It’s still hair.  It’s all relative.   It depends how you perceive it.

Consider your outlooks and perspectives.  Are they realistic?  Are they skewed because of the comparison you’re making?  I wonder.  I really wonder what the world would look like if everyone just accepted what is as it is.  That’s not to say things can’t change…it just is.  Stupid thinking??